Water footprint of biofuel has been fixed.

New data have been issued by the water footprint network, so Water Aflamed roadmap is quite full for 2011 ! 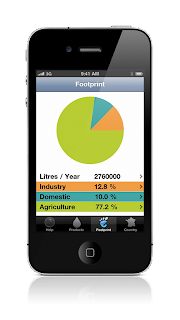 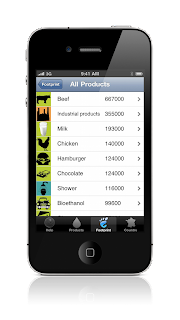 Posted by Cyril Jarnot at 10:54 AM No comments:

Morocco in 2020, 13 millions of person may suffer from water scarcity

Today Morocco, a semi-arid country, is facing a water crisis with multiple origins: weak precipitations and a huge water waste.
In 2007 on the 13 billions m3 of usable surface water, 8.8 are lost by evaporation, leaks or goes to the sea.

Experts are declaring that below 1000 m3 per habitant per year is the beginning of a stress on water resources; the world average is 1200 and above 2000 in most of developed country (Compute your own water footprint with our calculator for iPhone). Today the average in the country is around 750 m3 with a trend to 500 by 2025.
Moreover, water is not equally available, the Northern having more abundant resources than the South (2000 m3 against 150 m3). In the 60's, the average was above 2500 m" per habitant per year, so what happened ?

Well, the population has almost tripled, the water supply network has extended, but the boom essentially comes from agriculture which catches 88% of the needs. Multiplication of culture areas (150000h to 1.4 millions) and use of direct watering techniques - rather than drop-by-drop - contribute to a loss of 5.5 billions m3 (60% !). The water supply infrastructure is somehow obsolete and 35% of the domestic water is lost.

Precipitations have decreased by 26% over the last 45 years and with the climate warming, one can expect less and less rain in the coming decades. The clean water access is definitively a real threat to Morocco.

What to do ?
- mobilize more water resources
- use more advanced irrigation techniques
- rethink the choice of culture and farming. Is the export of tomatoes and sugar cane really sustainable, knowing the vast amount of virtual water there are carrying out of the nation ?

Read more on the original article (in French).
Posted by Cyril Jarnot at 11:34 AM No comments:

Images are compliant with the Retina Display of iPhone 4.
Some mistypes fixes (sorry for them).

Next version will bring more food products and embed a nice user guide. 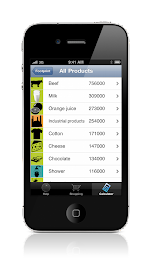